What is NPA (Non-Performing Assets) and Bad Banks

Recent research report reveals that 87% of the users of fintech are from China and India, and the highest producer in the United States of America. From Chai Wala to a Seven-star hotel, street vendors to malls, auto travel to air travel, etc., everywhere digital payment is used.

The Government of Andhra Pradesh uses blockchain technology to maintain the data of real estate. Hire star uses blockchain technology for the background verification of the candidates. From banking, insurance, risk management, advisory services, transfer of money, raising money, lending, trading, etc. all financial services are happening at an accelerated speed than before only because of Fintech.

Then what is a Fintech company? Where is this being applied? What are various technologies adapted by these companies? Who are the major players in this ecosystem in India? What are the factors contributing to the growth of this industry in India? Let’s explore answers to these questions in this article.

Fintech is a combination of Finance and technology. Technological innovations are leveraged to offer financial services better, which is called Fintech.

Technology is the key driver in the growth of these businesses, serving a wide range of services, reaching out to a wide geographical area, gaining customers’ confidence, and significantly, remarkably remaining cost-effective.

Payment companies like Paytm, RazorPay, Google Pay, Policybazaar in the insurance segment, Lendingkart and Kreditbee in the lending category, Shiksha finance to lend for the educational progress for needy students, Upstocks in trading, Cred to ease the database maintenance of credit card holders, Khatabook to maintain online transactions data of micro, small and medium scale merchants, Pine Labs offering Point of Sale machines to merchants, etc are few popular players actively involved and contributing to the growth of Fintech ecosystem in the country.

Also Read; What is Payment Bank?

Even though Fintech is not a very new phenomenon, which began in the 1960s through Credit cards, followed by ATM, debit cards, Online banking, Mobile banking, etc, this industry has gained traction in the last two decades than ever before due to inventions and innovations of the following technologies.

Various technologies adapted by these companies can be explained as follows:

1. Artificial Intelligence and Machine Learning – Earlier intelligence was witnessed with only humans and animals. But in the 21st Century, machines are programmed to think and decide like human beings, which is termed Artificial intelligence. Systems mimic human behavior. Machine learning is part of Artificial Intelligence. It is the study of algorithms used by the system to analyze the data.
Banks use AI in fraud detection, analyze customers’ behavioral patterns, loan servicing, etc.

3. BlockChain– This is the secured digital ledger for data maintenance. It stores the data in blocks and chains together, also rewards for authenticating the information, which gave rise to the invention of cryptocurrencies like Ethereum, Bitcoin, etc. European Union, China has an official digital currency.

4. Natural Language Processing – Even though the system can understand only 0 and 1, NLP, the branch of Artificial Intelligence enables the system to understand, decipher, read and respond to the human’s Natural Language. This has increased convenience to the users, lacking digital literacy.

5. Open API – It is also called Public API. In this case, the developers will have proprietary rights to the software. Developers create an Application Programming Interface for their clients. It prescribes requirements on how in one application, communication and information can happen.

6. Chatbots – This is the application of Artificial Intelligence designed to stimulate interaction between humans and the system. This has wider applications, eliminating the call center jobs in the system. Bank of America has adopted chatbots to answer customers’ queries. These are virtual assistants providing information from the database, the customer needs.

7. Cloud Computing – It is the term used to refer to describe data centers available to many users over the internet. It is the delivery of different services through the internet. It provides infrastructure like servers, storage, software, analytics, databases, networking, etc, which offers faster, economical, and innovative solutions to the business, which is in the boom in the fintech industry for the last two decades.

Various factors contributing to the growth of Fintech companies in India can be quoted as under:

(1) Demonetization – Demonetization of higher denomination currencies like ₹500 and ₹1000 notes in India, in the year 2016 led to the wider acceptance of digital payments. Liquidity crises in the economy paved way for the usage of online and wallet payments.

Micro, small, and medium-scale merchants like vegetable vendors, dhobis, Chaiwallahs, auto-rickshaw drivers all organized and unorganized players are causative for the growth of this model.

(2) Government initiatives – The government of India also supports the digitalization of the economy. It helps in reducing the black money and tax evasions in the country. It has established the National Payments Corporation of India (NPCI) under the Reserve Bank of India (RBI) to monitor digital transactions.

A bank account, an active mobile number, a smartphone, and an internet connection are essentials to carry out online transactions efficiently.

(3) Digital literacy – In India the penetration of Internet users stands at 45% as of January 2021, which was 4% in the year 2007. After the entry of Jio in the year 2014, the digital revolution has happened in India due to its low-cost offerings. It increased the user base of internet connections, providing accessibility to all these digital services.

(4) Demography of India – Around 55% of India’s population is of age group between 15 years to 55 years, which is a demographic dividend to the country. This tech-savvy younger population is providing a level pitch for fintech players in the financial landscape.

(5) Unbanked population – In the year 2011 the percentage of the total population having a bank account was only 35%, 65% of the population was unbanked for whom various financial services were inaccessible. This allowed accessing wider markets for fintech companies. After PM Jandhan Yojana, digitalization of transactions, Jio’s deeper penetration of the unbanked population is only 19.9% in India.

To understand consumer behavior, choices, and preferences, consumers’ personal, health, financial records data is collected, where data security poses a serious challenge to this industry. The Government Of India is also required to regulate the functioning of this industry. Proper legal framework and data security can further boost the growth of this industry, enabling India to compete in the global market.

Disadvantages of Investing in Mutual Funds 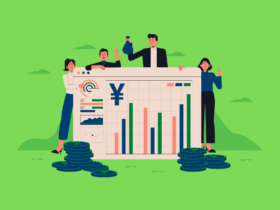 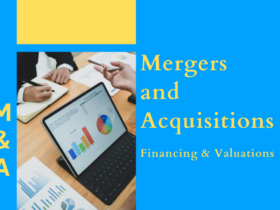 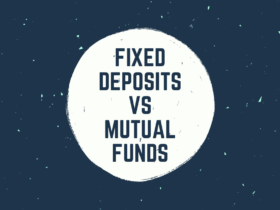 FD vs Mutual Funds: Which is better to Invest?

What is NPA (Non-Performing Assets) and Bad Banks